Using Technology to Get You Healthier 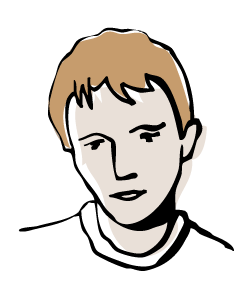 Changing your diet and doing more exercise are the two best ways to lose weight. But, that doesn't mean that you can't take advantage of technology to help you lose the kilos. From activity trackers to the latest in exercise equipment, my blog is all about how best to use technology to take your weight loss efforts to a new level. There are so many apps, devices and techniques which target weight loss, the choice of where to begin is overwhelming. But, my blog posts will make all the techno mumbo-jumbo easier to understand, so you can decide how to make technology work best for you.

Wellness refers to the choices you make and activi …

Spin bikes are all the rage and one of Australia's …

Knee pain arises when you overuse your knee or suf …

What Is A Vascular Ultrasound And When Is It Used?
8 February 2021

If you've been advised to have a vascular ultrasou …

Labyrinthitis is a disorder which results from an infection which affects the inner ear, especially the nerves which connect the inner ear to the brain. The infection creates a disruption to the way in which information is transmitted from the ear to the brain. The infection is typically caused by viruses, but can also be caused by bacteria. Labyrinthitis occurs when both branches of the vestibulocochlear nerve are affected, which causes hearing changes and other symptoms. Here are a few other symptoms of the infection.

A different kind of dizziness

The most common symptom of labyrinthitis is that it starts with a very scary bout of spinning vertigo. The acute problem then becomes a persistent sense of dizziness and imbalance. The patient will at some point start feeling a sense of disequilibrium and as of the entire world is very surreal. The dizziness is different from general dizziness because the patient feels as if their head is spinning. This leads to feeling drunk, unfocused, light-headed or woozy.

The inner ear infection leads to balance problems. You may experience problems such as feeling as if the ground you are walking on is moving slightly. When getting out of a moving vehicle or performing other movements, you may feel as if you are still in motion and that the ground is bouncing. Most of the time, the room will also start feeling like a swinging pendulum and as if everything in the environment is constantly moving. This leads to the extreme phobia of movement because one cannot correctly judge what is happening.

Symptoms which affect the ear

When you have labyrinthitis, the infection will cause a feeling of fluid in both ears. It will also cause a buzzing sensation inside the ear and, at times, a popping feeling. Other people experience catarrh and sensitivity to sounds, especially when they are loud. In extreme cases, people even experience momentary deafness.

These are some of the symptoms that could indicate that you have labyrinthitis. Other general symptoms of the infection include nausea, low stamina, memory problems and vivid dreams. When the vestibular system is inflamed, its effectiveness in filtering sensory information which enters the brain reduces significantly. Since the system coordinates balance, vision and sense of motion, all these functions are affected when the system is infected. The best way to get a proper diagnosis for the problem is to visit an ENT doctor and describe your symptoms. They will perform the necessary tests and recommend a treatment, like ear surgery.